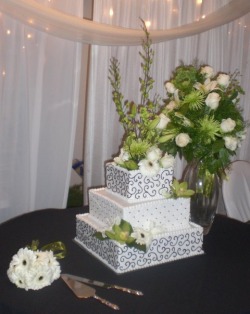 The Cedar Hill Golf Club at the mouth of American Fork Canyon was the site of the reception. 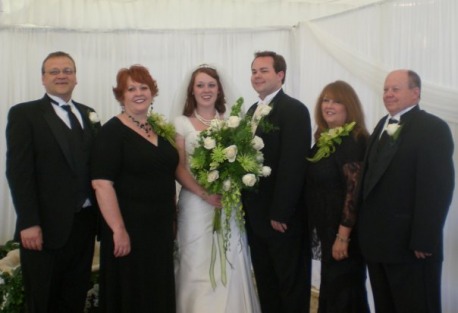 It's quite a story. And after so many years of being single, I'm glad it was an eventful engagement!

So, the backstory. Libby and I had been dating for month or two when we visited  Disneyland with my sisters and a friend at the end of August. While we where there, we played a joke on my sister Stephanie.  As we were waiting in the stage right booth in the Golden Horseshoe, Libby slipped on an old fake engagment ring, and we told Steph that I had proposed in front of the castle. (Sorry Steph!) It was pretty funny, actually.

Fast forward a few months, and Libby and I are getting pretty serious about our relationship. Libby had done a little ring shopping without me, and found the perfect ring. Luckily, her mom told me about it (Thanks, Debbie!) and I was able to buy it.  I spent the next month lying to most everyone about it - saying that I had not bought the ring, and that I wanted to wait.  A week after trying it on, Libby noticed the ring had sold, but was convicnced that I was not the purchaser.  She wasn't able to find the ring anywhere else, and had to look for another ring.

Meanwhile, I had made arrangements with my friend Tiffany who works at Disneyland. She talked to the manger at the Golden Horseshoe and Kirk, who plays the lead Billy Hill in the amazing stage show. They agreed to help me make the engagement part of the show.

After a crazy fun New Year's Eve celebration at Disneyland, Libby had to tell several friends that she didn't get a ring that night. Her little brother and others had hoped for a romantic midnight proposal in front of a fantasy castle under a firework-filled sky, but it was not to be. (The fireworks were cancelled, anyway, and it was too noisy and crowded to be too romantic.)

And so,  New Year's Day at Disneyland, we went on with the trip. Libby realized that I probably wouldn't be proposing for weeks or months, and she accepted it, though she didn't have to like it! At 5:15 PM, we went to the Golden Horseshoe to see if Tiffany was able to get our stage right booth seat reserved for us, which of course it was.  Billy HIll and the Hillbillies came out strummin' their guitar, mandolin, bass, and fiddle, and we settled in for a great show. After the first song, however, the main Billy looked over the audience and said, "Josh?  Josh, where are you?" I said "I'm here," and he replied "So, how's it goin?" My heart was pounding and I mumbled something about Disneyland. Billy said "Josh is here with his Girlfriend and has a question for her. He then handed me the microphone. The rest, as they say, is history...

Click the video below to see what happened next!