The latest production from Liken the Scriptures features David Osmond and Katherine Nelson - with a little Josh Tenney thrown in! Hear clips and order the CD at this link.

In Samuel, I played the part of Murray - a wicked but somewhat-lovable Nephite.
I recorded on the following songs:

All's Well in Zion
Another Year

My first Liken role was as Paanchi, the King's head servant.  I sing on the following tracks:

My biggest Liken role is as Sharif, the optimistic shepherd. You can hear me on these songs:

Everything We Need
He's Born
Finale

A recording by Lex de Azevedo's Millennium Choir. I was a member of the choir.  Only a few of these carols are well known, but they are all beautiful.  My favorites are "Caroling, Caroling," "Some Children See Him," and "We'll Dress the House."

Gloria: The Life of Christ Part I

The first recording of the Millennium Choir. It's wonderful.

Part II isn't written yet. This is also a beautiful, moving work of music.

Choral Variations on a Sacred Theme 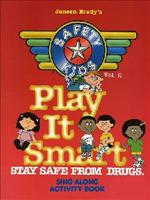 I reprised my role as Freddy in this sequel to the classic, which became another classic 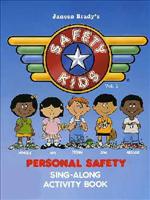 The original! "I know my number, my telephone number!"

I provided the voice for Reggie.  Mmmm...i could go for a do-it-now wafer, couldn't you?

A few friends of mine have had me sing for them...and the songs ended up online. Some of this is copyrighted stuff - stuff you shouldn't download or pass around or anything - I just wanted my friends and family and one fan to hear me sing!


Classical style: "If You Could Hie To Kolob" arranged by Jeremy Lamb.

Broadway style: "Tonight" sung by Julie Higginson and myself. Thanks to Russell Jack. Very broadway!

"The Hardest Part of Love" recorded live from an outdoor performance of "Children of Eden" Very live!